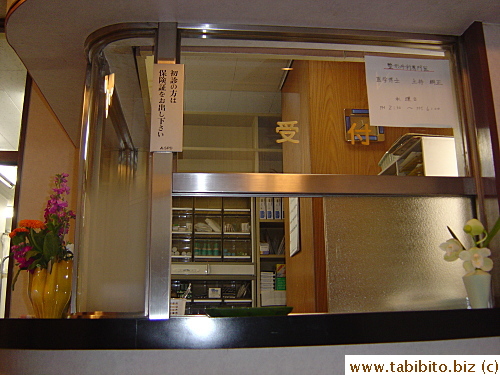 This is the story of my sick thumb.


Last year my left thumb became red and swollen almost overnight.  There was agonizing pain just looking at it. I did what I normally would do when faced with a medical emergency in the form of a throbbing fiery disfigured digit: I ignored it. A couple of days later it worsened and the outer edge of the nail bed turned GREEN gorging with pus.

I started to realize that may be ignoring it wouldn't make it go away.  So I went to the doctor.  This doctor was old, he looked like he should belong to the Nursing Home For The Centenarians.  However I have no doubt about his ability to carry out his work despite his elderly appearance.  In Japan, the Land of Longevity, where the oldest human beings alive, aged in the mid 200's, are still enjoying active and fulfilling lifestyles such as coaching beefy men Karate.  My doctor is just a baby among the aging populace.  In this society, a large part of achieving longevity seems to rely on the right diet, namely tofu and nori. (Those of you who don't know what nori is, check your Yellow Pages under "yucky food".)


The doctor took one look at my thumb and mumbled something barely audible to himself.  A nurse proceeded to clean it with antiseptics while talking to me in the most cooing voice.  My Japanese isn't very good, but I thought she was saying something like: Ready to party?

Suddenly the doctor pulled out a pair of industrial-sized pliers, by which I mean those you can use to snap a tree trunk in half in a matter of seconds using only your pinky fingers. (In medical term, they are simply called Pliers From Hell With Blades Bigger Than A Machete.) Not missing a beat, the nurse who had been smiling demurely while soothing my thumb with the coolest refreshing liquid leaped onto my left hand and clamped it down with the force of a sumo wrestler. Trust me, if someone wants to clamp down a body part of yours while his accomplice weilds a sharp tool in your face, they are not going to give you a facial.

The doctor then hacked into my nail bed creating a hole the size of a dinner plate. And at this exact critical moment, amid all the agony and live dissection, one notion was racing through my mind: I calculated my medical bill would amount to somewhere close to the net worth of Bill Gates. I nearly DIED if not for the sight of viscous glow-in-the-dark green blob oozing from the hole the doctor just created. This was when the inevitable second question came to me: "Will I ever be able to eat another pistachio mousse again?"

The doctor, despite his decrepit exterior, was working on my thumb at the speed of light. Before I could scream, he had cleaned the wound and slapped a dressing on it. He then murmured more inaudible Japanese words which I suspected even a Japanese linguist couldn't understand. This mumbling tactic is a trick all doctors, including yours, often employ to evade questions from patients after their procedures. So I suggest you take up Japanese classes as soon as you finish reading this story.

After the hair-raising impromptu surgery there was a trizillion follow-up visits.  On the last visit, I asked the doctor the usual question anyone in my situation would ask: "What exactly is Bill Gates' net worth?"

My thumb is fine now.  Dr Old does know how to save a life or two.  But next time try to use a smaller plier, okay?