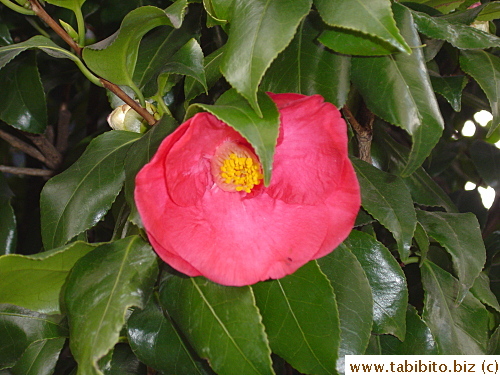 When we first arrived in Tokyo, we spent a few days in a hotel. During that time a graduate student, Yamada-san, from Tokyo University who spoke good English accompanied us to look for an apartment, otherwise we would have not a chance in hell in finding one ourselves. We only had a few hours to find an apartment with Yamada-san, afterall he didn't go to university just so he could spend the days acting as interpretor and escort for newly-arrived foreigners.

Every real estate agent we visited wanted to know where we were from and they always had to report this piece of information to the landlords because quite a few landlords refuse to rent their properties to foreigners. I think the fact that my husband was to start work at Tokyo University made the process easier despite the fact that we are foreigners. It is the most prestigious educational institute in Japan and people who study or work there do get tremendous amount of respect from the general public.

We looked at a few apartments and settled for a small one that served our needs and was not too far from the station. The real estate agent then drove us to the landlord's house to thank her for letting us rent her apartment. We had been reminded beforehand to bring a gift to the landlord (in Japan gift-giving is a deep-seated custom), so we gave her a box of koala chocolate that we brought from Australia and a deep bow for good measure. A week after we moved into the apartment, we received a pack of kitchen towels in the mail box from our landlady (returning gift is just as important in their custom).

We have moved since then to the apartment we are living now because the previous one did not allow pets and we wanted our cat to come live with us. Our Japanese friends tell us it's not uncommon to see people secretly keep pets, especially cats. We just wanted to do things the right way, plus the mental stress from always having to sneak our cat into and out of the apartment is too much to bear.