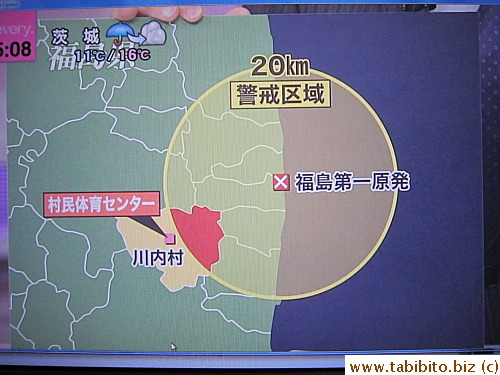 Often times what I learn from TV contributes to the topics of the posts I write.  With our new crystal clear TV, I might as well take images of the news or shows to accompany the posts.  KL shakes his head when he sees me take photos of the computer screen but I love doing it.


As the title suggests, the stories aren't that current.  KL doesn't have time to process the pictures daily, so I take a bunch of them, group them into individual story and post them periodically.

Let's begin with the story about residents from the 20-km zone of Fukushima nuclear plant who were allowed to return home for the first time in two months.  They were allowed just two hours to gather things from their homes to take back to the evacuation centers. This was a huge story back in May and I'd like to enter it in this blog.

There'll be more "current affairs" posts in the future, or until I get tired of doing it!