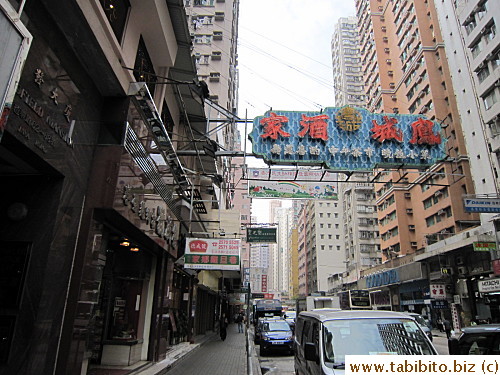 Fung Shing Restaurant, having such a long history and good name in Hong Kong, is where we had lunch after the wet markets tour.  But their dim sum turned out to be surprisingly and disappointingly mediocre.


Although the shrimp dumplings were above average, the rest was just so-so.  And the too-thick steamed rice rolls just downright failed.

Their dim sum size was very large though, a feature that wins many elderly diners' hearts I'm sure.  Our meal totaled HK$139/US$17

Right nextdoor to Fung Shing is a hugely popular old Hong Kong egg roll maker, Duck Shing Ho.  Their egg rolls are so famous that customers include many overseas tourists.  During Chinese New Year, their egg rolls are often sold only by advance reservation.