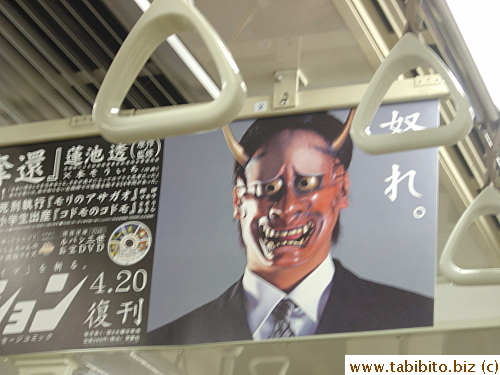 There are two types of two-faced people that roam this world.  The first one is truly despicable.  These people pretend to be friendly and smiling when they are with you.  The minute your back is turned and given the right opportunity, they will badmouth or worse, slander you in a way such that your smeared reputation benefits them.  These people are sinister and evil.


The second type is less evil than the first group and they are annoying.  These people will say one thing in your face while wanting totally the opposite in their minds.  The phrases they like to carry with them are "I'll let you decide", "I really don't mind" or "Whatever way is fine".  In reality they really DO mind.  Here's a classic example:

For some pathetic and incomprehensible reason only known to them, these losers never come right out to say what they want from you.  When you fail to meet their expectation, they go around pouting and getting angry at you.  But of course you would not know that because they are good at doing the two-face act and will be all buddy-like when they are in front of you.  These insecure and weak people may not have an insidious intention, they may just be too embarrassed --PATHETIC in another word-- to state their wants and desire. (Fine if they want to live their lives this way. But don't be miffed in private and pretend to be chipper in public and then blame their unhappiness on those who can't read their minds)  Some of these two-faced people are not all that wicked, but that doesn't change the fact that they are dishonest and deceitful.

Undisguised bad people are much more bearable than bad people who pose as angels.  I'd rather deal with someone who is openly flagrant than to look at a two-faced person who hides behind a mask.