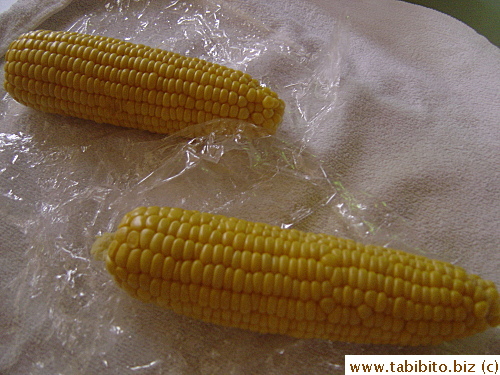 I don't know anybody who is more of a soccer buff than KL.  You can ask him the score of any World Cup finals from the year he was born and he will give you a correct answer.  He pretty much knows all about past and present major soccer players and teams.  I am at best a soccer enthusiast compared to him.  We love to watch soccer on TV and the current Euro 2004 had us stay up till the wee hours of the morning last week.  (Not this week though because the commercial channel that broadcasts the game takes a break this week and doesn't resume till Saturday. Darn it!  Where is cable TV when you need one?)  Taping the matches is never an option because watching a taped soccer match is like drinking a warm flat coke, a tasteless and unenjoyable experience.


KL is the one deprived of sleep here.  In the case of a 3:30 am match, he'd try to catch a couple of hours of sleep before and after the game but that is still pretty tough when you work a day job.  I can always take a nap in the afternoon and I'll be as good as gold for the next early morning match.

Our snack of choice when watching a soccer match is not the usual chips and dips but fresh corn.  Sounds weird but we like it, especially Japanese-grown corn which is so sweet and plump.  We've picked up this corn-eating habit during World Cup 2002.  While KL chomps away on an ear of corn in big bites, I would eat mine a single kernel at a time after plucking it off the cob by hand.  One whole ear of corn usually takes me well into the second half of a game.  I like to make good things last.

And my prediction for this year's winner?  With any luck, I could see Czech Republic and England battling it out in the finals.  I'd better go stock up on corn.